The Case for Investing In (or Speculating on) Bitcoin 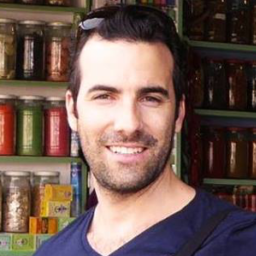 If you accept the premise that Blockchain technology is revolutionary and here to stay (which I do), and that digital currencies, in one form or another, are the future of money (which I also do), then Bitcoin is perfectly positioned as the largest and most well-developed cryptocurrency to grow and become more valuable over time, albeit with bubbles and busts.

Here are my reasons for investing in (or speculating on) Bitcoin.

If compared to company valuations, Bitcoin is currently worth about the same as Intel and about 1/5th or 1/10th of Google or Apple respectively.

This is impressive, especially since Bitcoin doesn’t have a balance sheet and isn’t owned or controlled by anyone.

What it does have, though, that potentially makes it hugely valuable is…

Let’s look at each of these in turn.

1. A revolutionary underlying technology (the Blockchain)

Once you understand blockchain technology it’s hard not to be in awe of its genius and revolutionary potential.

Although Bitcoin’s blockchain has limitations in terms of scale, at its core, it perfectly encapsulates the promise of blockchain technology as it relates to financial transactions and trust.

In addition, the Bitcoin blockchain with its fixed and limited supply solves monetary policy issues associated with inflationary fiat currency.

Technology like the above in private hands would be worth $100s billions – hence why companies like Facebook and Governments around the world are all in the process of creating digital blockchain currencies.

2. Global reach and a global brand

Bitcoin has no borders and can be bought, traded and used anywhere and everywhere in the world. Its reach is truly global, borderless and importantly peer-to-peer – meaning that users can transact across or in borders without an intermediating authority.

That has profound implications for emerging economies where many people don’t have access to bank accounts and are often trapped by hyper-inflationary currencies.

But all cryptocurrencies have a global reach, and many are much more efficient and cheaper to transact in than Bitcoin.

That is indeed true. But what makes Bitcoin particularly powerful is its brand.

Like Amazon, Nike or Coca Cola, Bitcoin is a global brand. It has huge salience – even among non-users.

And like the companies above, building a global brand and reputation takes time and lots of investment. Bitcoin already has a global brand, and every day that it continues to grow, its reputation and trust grow too.

This in itself has value.

3. A massive and rapidly growing network of participants across every facet of its ecosystem

Its massive network of participants spans the full spectrum of the economy and continues to rapidly grow with more and more people entering the Bitcoin universe.

This network effect has significant value.

And as more people join the network the value of Bitcoin can only increase.

4. An undeniable potential utility – either as a store of value or indeed as a functioning currency

Bitcoin is currently a speculative asset, functioning neither as a stable store of value or currency.

Its volatility undermines both utility classes.

However, it’s perfectly reasonable to argue that over time as the Bitcoin market and participating network matures, we’ll see that volatility drops and speculation subsides.

At this point in the future, it is likely that the true utility of Bitcoin will become evident.

If it transpires that Bitcoin starts to behave as a form of digital gold, then the popular store of value argument suggests that the current valuation of Bitcoin could be off by a factor of 50 (Gold’s current market cap is 9 trillion dollars).

If, however, it transpires that Bitcoin starts behaving like a digital currency and supersedes the current reserve status of the dollar, then the potential ceiling price for Bitcoin is huge. Currently, over 80% of financial transactions globally are made in US dollars. Recent estimates of the M2 money supply of dollars is 20 trillion. You do the math!

Either way, Bitcoin’s utility is still unproven, but will likely become evident in the coming decade. If it proves useful either as a store of value or as a currency, then it’s fair to assume that it is currently seriously undervalued.

Bitcoin is unlike almost every other asset class insofar that it is truly uncorrelated to traditional markets and finance, and to the wider global economy.

That’s not to say that over time it might become heavily correlated to markets as big institutional money enters the space and Bitcoin becomes more like a traditional asset.

But as it currently stands, Bitcoin is a speculative play, or as some have put it, a call option on the future.

Given the current macro-economic pressures associated with the US-China power struggle, the Coronavirus, an impending and long-lasting recession, and unhinged monetary policy that seems to think we can sustain insane deficits indefinitely (queue our current experiment in Modern Monetary Theory), it seems reasonable to me to value an asset class like Bitcoin, which is uncorrelated to this environment, highly.

There are clear arguments against Bitcoin and obvious risks associated with investing in it.

It is highly volatile – the price can and has halved in a matter of days. Then again it has and can also double in the same amount of time.

Because it is so speculative one needs a cool temperament and long-term perspective to enter the space.

Moreover, its speculative nature leaves it open to manipulation, which we have frequently seen in the last few years.

As its utility remains to be seen, it is possible that it eventually turns out to add little value to society. In which case, it’s value will likely trend to zero.

And without wider adoption, whether it proves to have a utility or not, it’s unlikely to grow significantly in value.

These factors and more make investing in Bitcoin scary.

So, what is the right approach?

I see Bitcoin as an incredible speculative play that almost has binary outcomes – zero or a multiple north of its current price.

This sets up the perfect asymmetric risk profile.

The question is how much exposure, if any, you want to this profile.